A MISSION IS NOT ONE THAT YOU TAKE, BUT ONE YOU ARE GIVEN
Yves Cotrel, M.D. Founder

« The foundation for research in spinal pathology was born on a simple assessment:  my professional life was punctuated by encounters and occurrences that traced a winding path although I always felt guided and led.

My commitment to the service of the sick naturally followed on into research.

With the backing of my family, and with the hope of mobilizing, stimulating and assembling knowledge and willingness, we started the foundation.  Its first research program was an ambitious challenge of identifying the causes and mechanisms in the evolutions of idiopathic scoliosis.

Indeed, the worry I saw in the eyes of the patients and the inability to answer their questions, sometimes unspoken, asking again without any answer, “Scoliosis? Why? How?” remained.

This mission, whose concern for the human person is inseparable from the scientific fundamentals, has found a faithful home at the Institute of France whose respect for rigor and values are ours.

I would like to thank the patients who educated me and all who today have joined me on this road that I hope will continue.” 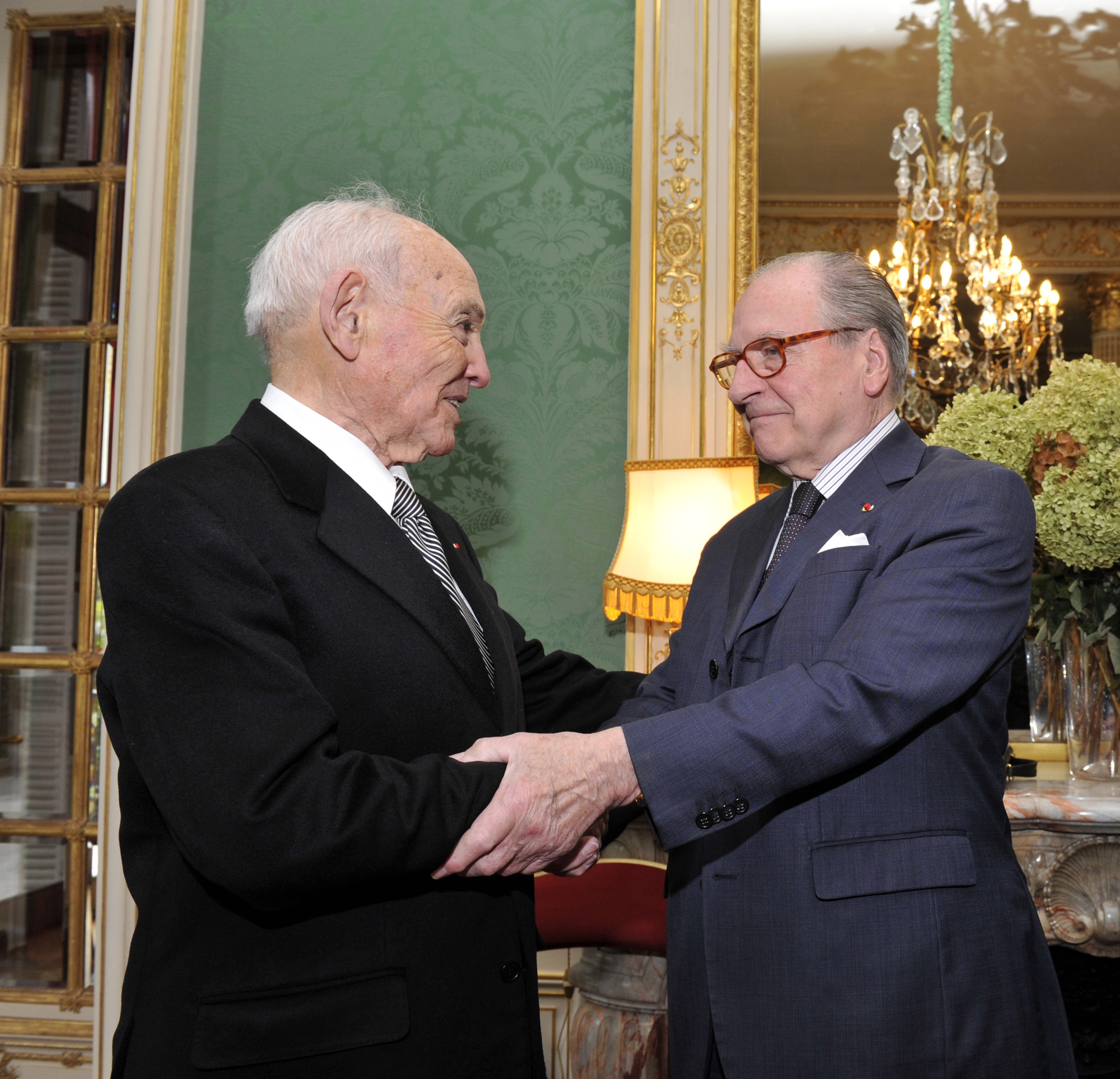 « The creation of a foundation is very often rooted in a humanitarian reflection.  The Cotrel Foundation- Institut de France, created in 1999, does not deviate from this rule.

It is the continuation Doctor Yves Cotrel’s personal journey. His insatiable curiosity and openness of spirit, and if I dare say, openness of heart, fueled his quest to improve the fate of others.

The Cotrel Foundation has been able to take on the qualities of boldness and collaboration, from a man who is preoccupied by the well-being of those who suffer.

Today, the foundation brings together more than a hundred researchers from all nationalities and disciplines, moved by the same perseverance in its service to help the sick throughout the world.

This family foundation has naturally found its place in the heart of the Institut de France where it can fulfill its philanthropic mission.  It is a successful synthesis of longstanding human values and modern scientific rigor.